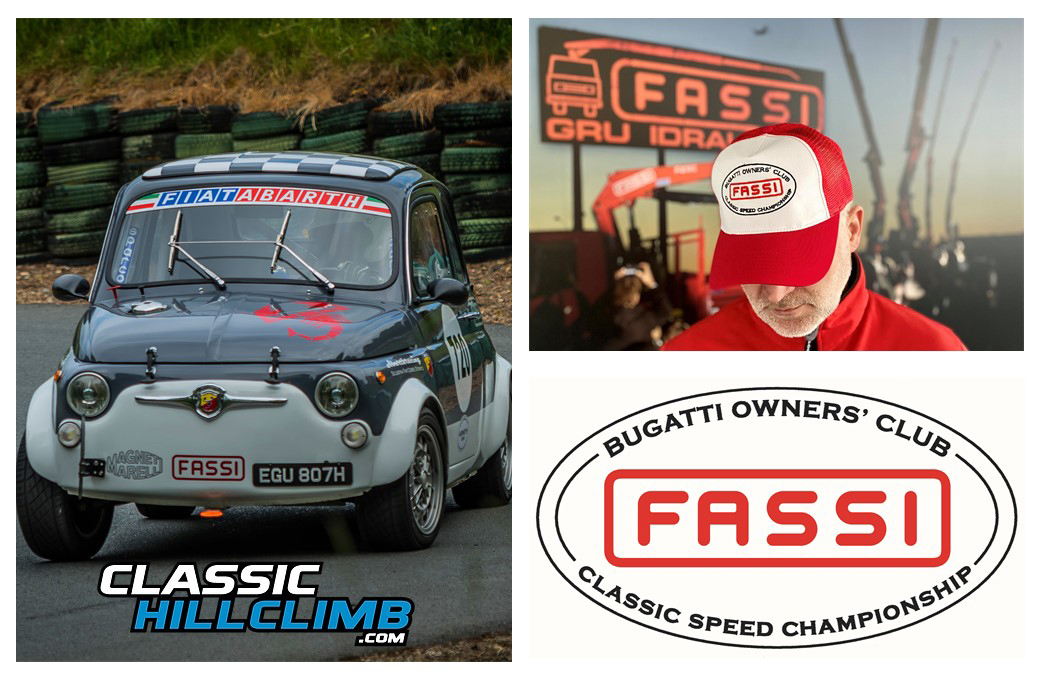 FASSI UK are proud to be the sponsors of the Bugatti Owners’ Club 2022 Classic Speed Championship.

The Bugatti Owners Club have owned & operated the famous Prescott Hill Climb course since 1938. Their Classic Speed Championship is the UK’s leading hill climb series for the owners / drivers of classic cars.

It originated from within the Midland Hillclimb Championship and the running of the series as a stand alone championship was taken on by the Bugatti Owners Club around 15 years ago.

The main Championship is scored on a handicap basis , with drivers aiming to beat their previous best times. A subsidiary series sponsored by Classic Hillclimb.com aims to reward the drivers of the fastest cars with some additional awards.

Typically the Championship attracts around 70 to 80 registered contenders each season. A Prescott ‘home venue’ meeting will often have around 20 runners in each of the three classes.

Of all the performance-oriented models created by Karl Abarth, it is perhaps the 695 SS that best represents the scorpion-branded firm’s collaboration with Fiat. Around 1,000 Fiat Abarth 695 SS were produced, and only 150 are believed to remain. The 695 SS was the only version to feature flared arches and the need to raise the engine cover for extra stability and cooling. The key differences are found in the mechanical upgrades that pushed its power output to 50BHP & top speed to around 85mph.

Click here to take an in car seat for a drive up the hill at Prescott in the FASSI UK Fiat Abarth 695 SS.

There are 10 rounds in the 2022 championship & spectators are very welcome: