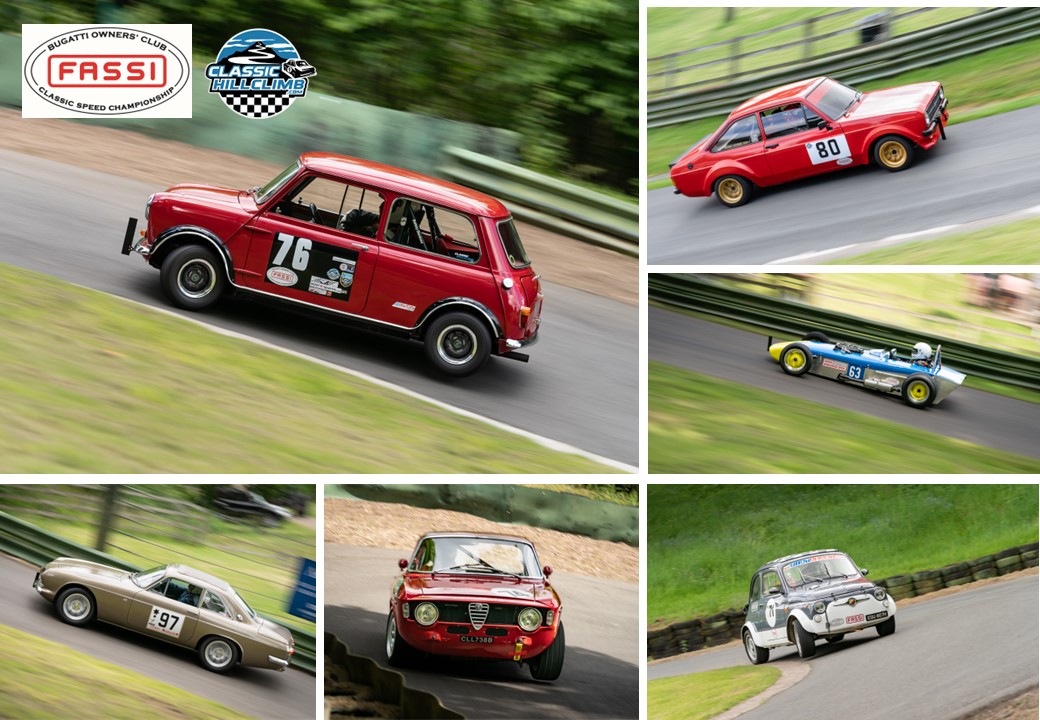 Round 3 of the Fassi Classic Speed Championship returned to the Bugatti Owners Club home venue of Prescott for the inaugural ‘Prescott Historique’ meeting.

A really eclectic mix of cars with 30 competitors across the three classes were certainly entertaining to watch with drivers trying hard with some proper commitment being shown!

This class had four runners following the withdrawal of Martin Jones. The pace was set by Peter Thurston in his Mallock taking the FTD for the FASSI Series on the day. Christopher Wigdor in a similar Mallock twincam won on handicap followed by Peter then Carole Nicholls in the Nike FF1600. Mike White made a welcome return in his MG Special after a lengthy absence.

Fifteen drivers started the event in the class. This round saw the first outing for John & Steve Louch in their new Austin A40. This car has been in construction by John for a couple of years and is a credit to him for all the hard work involved. The battle for fastest time in the class was this time fought out by Matt Clarke (Mini) and Mark Maynard (Imp). Some spectacular driving was displayed by both with the honours just going to Matt in the Mini. Handicap win was taken by Steve Louch, from Ian Stringer in the lovely Alfa Romeo with Championship sponsor Leigh Carter in third in the tiny Fiat 500 Abarth.

A strong nine car field in this class is proving to be much closer matched with the absence of the Porsche 911’s this season. Four or five drivers are within one second on fastest ‘scratch’ times. Fastest on this occasion was Doug Chipperfield in his MG Midget on the first timed run. The second run saw a very poorly sounding car that just limped to the top of the climb. Head gasket failure has been diagnosed as the likely culprit. Handicap victory went once again to the MGB V8 of Charles Boulton , ending a decade long winless spell with back to back success. Second was Ben Cross in the MG Midget followed by Steven Akers in his Lotus Elan.

Many thanks to the volunteer Marshalls & all the team at Prescott for a very well run event. Once again Steve Shelley has done us proud with some great photography.